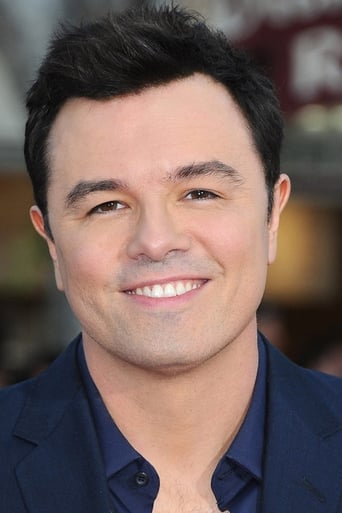 From Wikipedia, the free encyclopedia. Seth Woodbury MacFarlane (born October 26, 1973) is an American animator, writer, comedian, producer, actor, singer, voice actor, and director best known for creating the animated sitcoms Family Guy, American Dad! and The Cleveland Show, for which he also voices many of the shows' various characters. A native of Kent, Connecticut, MacFarlane is a graduate of the Rhode Island School of Design, where he studied animation, earning a Bachelor of Fine Arts Degree. He was an animator and writer for Hanna-Barbera for several television shows, including Johnny Bravo, Cow and Chicken and Dexter's Laboratory, before creating his own series for 20th Century Fox entitled Family Guy in 1999. MacFarlane would go on to co-create American Dad! in 2005, The Winner in 2007 and The Cleveland Show in 2009 for 20th Century Fox. As an actor, he has made guest appearances on shows such as Gilmore Girls, The War at Home and FlashForward. MacFarlane's interest in science fiction and fantasy has led to cameo and guest appearances on Star Trek: Enterprise and voicing the character of Johann Kraus in Guillermo del Toro's Hellboy II: The Golden Army. In 2008, he created his own YouTube series entitled Seth MacFarlane's Cavalcade of Cartoon Comedy. As a performer, MacFarlane has sung at several venues, including Carnegie and Royal Albert Hall. MacFarlane has won several awards for his work on Family Guy, including two Primetime Emmy Awards, and an Annie Award. In 2009, he won the Webby Award for Film & Video Person of the Year. He has been a subject of criticism from television watchdog groups, such as the Parents Television Council, who regularly condemn Family Guy for its indecency. He occasionally speaks at universities and colleges throughout the United States, and is a supporter of gay rights. On the February 10, 2011 episode of the TBS variety nighttime talk-show series Conan, MacFarlane announced he is directing his first feature-length film, Ted. The film stars Mark Wahlberg as an adult, who as a child, wished his teddy bear would come to life. MacFarlane will be the voice and motion capture for the bear. It is currently in production and is scheduled for release sometime in 2012. MacFarlane has announced he is working on a debut album. The album, Music Is Better Than Words, has recently been finished and will be released in September 2011. It has been announced that MacFarlane will produce a revival of The Flintstones for the FOX network. Development will begin in fall 2011 and the first episode is scheduled to air in 2013. Description above from the Wikipedia article Seth MacFarlane, licensed under CC-BY-SA, full list of contributors on Wikipedia.​